In recent interviews with the UK edition of the Huffington Post and with Oprah Winfrey, Hugh Jackman discussed the fundamental role that Transcendental Meditation played in his personal and professional life. This is what he said:

“Meditation Has Changed My Life.” 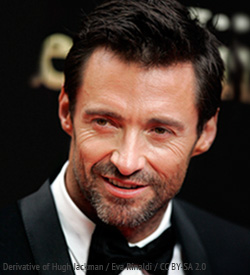 “Nothing has ever opened my eyes like Transcendental Meditation has. It makes me calm and happy, and, well, it gives me some peace and quiet in what’s a pretty chaotic life!”

“The activity of being a husband, a father—those are roles, too, but underneath them is the spiritual center that connects us all, and that’s what’s most important.”

“In meditation, I can let go of everything. I’m not Hugh Jackman. I’m not a dad. I’m not a husband. I’m just dipping into that powerful source that creates everything. I take a little bath in it.”

When asked how he could get any free time for Transcendental Meditation in his busy life, he answered:

“Everyone takes a shower every day, and we don’t complain about it. We do it out of discipline. There will always be an excuse not to meditate…. The ego says, ‘You don’t need to meditate, man. You’re really busy. What about the kids?’ But do I say, ‘I can’t shower today because I have to make time for the kids?’ No.”

In this interview with Dr. Oz, Oprah talks about how she learned Transcendental Meditation, how she paid the TM course fee for all 400 employees in her company, and the changes it has brought.

“9:00 in the morning, and 4:30 in the afternoon no matter what is going on, we stop and we meditate,” says Winfrey, ”And you can’t imagine what has happened in the company, people who used to have migraines, don’t. People are sleeping better, they are having better relationships and they are interacting with other people better. It’s been fantastic.” About herself, she says that she becomes a 1000% better person if, through TM, she bring herself in touch with something greater than herself.

Oprah came in contact with TM when she made a documentary about the TM community in Fairfield, Iowa, USA. The 45-minute documentary showed an enthusiastic Oprah clearly impressed by the whole community, which is famous for its low crime rate, the exceptional achievements of the Maharishi School, the advanced green technologies, a passion for healthy lifestyles, healthy food, healthy home design, and extraordinary entrepreneurship. Fairfield has been recognized as one of the most successful small business communities in the USA.

Over the past few years David Lynch has done more to bring the Transcendental Meditation technique to people’s attention than anyone else. He has practiced the technique for over 37 years and says he has never missed a meditation. He ascribes his legendary creativity to his TM practice. A few years ago he attended a theater play in the Maharishi School in Fairfield, Iowa, and was so impressed by the students that he decided to devote his life to offering more children the opportunity to deploy their full creative potential. In 2005 He founded the David Lynch Foundation (DLF) which offers financial support to learn the TM technique to those that need it most. Since then the foundation has brought TM to over 250.000 students, war veterans, prisoners and people suffering from PTSD around the world.

The Beatles remain the most famous TM practitioners of all time, and after 45 years they still meditate and support TM in public. During a press conference for the David Lynch Foundation benefit concert, McCartney and Ringo Starr stood together on stage for the first time in a long time. Paul said that
“It was a great gift that Maharishi has given us. It came during a period at the end of the 60s when we were looking for something that could bring us more stability, and it was a lifelong gift. It’s something you can call on at any time.”

In a later interview with David Lynch, Paul McCartney explained why he supports the David Lynch Foundation: 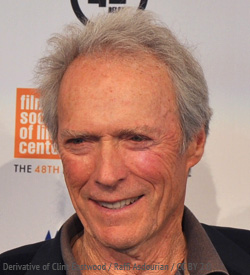 The famous actor, producer, composer, and film maker Clint Eastwood has been practicing the Transcendent Meditation technique faithfully for more than 40 years. His unlimited energy and creativity still earn him regular Oscar nominations even in his old age. He is an excellent example of what TM can do for long-term TM practitioners. He spoke about the many benefits of the TM technique during a recorded video message for the launch of David Lynch Foundation’s “Operation Warrior Wellness,” a nationwide initiative to teach TM to ten thousand war veterans suffering Post Traumatic Stress Disorder. 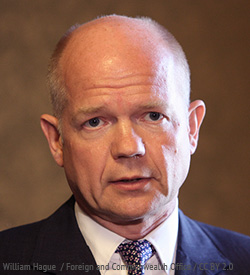 In a newspaper interview with The Times (17-4-10), British Foreign Secretary William Hague revealed that he has been practicing the Transcendental Meditation technique for over 30 years. He said that he always clears twenty minutes for TM twice a day from his busy schedule for a very practical reason: “It calms me down, I have less headaches, and I sleep better.”

Katy Perry: TM is the best thing I’ve ever done to bring more creativity, positive energy and peace into my life 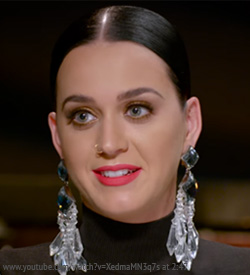 Katy is on a roll. In 2011 she was the first artist to beat Michael Jackson’s record of 5 number one hits from one album. On her birthday last year she sent a tweet to over 25 million fans asking them to support the David Lynch Foundation.

Katy has practiced Transcendental Meditation for over 2 years, and says it’s the best thing she’s ever done to bring more creativity, positive energy and peace into her life. She says: “When I feel tired, tense, scared or depressed, I meditate. It clears my mind, and makes me feel more relaxed and happier. I have shared these experiences with my friends and I recommend it to all of them.

I support the David Lynch Foundation because it brings Transcendental Meditation to the attention of millions of people all over the world. People like war veterans, suffering from post traumatic stress disorders, children from poor suburbs in large cities, and girls and woman who were the victim of violence.

Help me celebrate my birthday by donating money to the DLF. This doesn’t just mean a lot to me personally, but to all the people that you will help with it.” 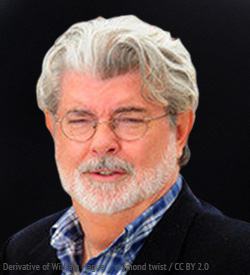 George Lucas learned the Transcendent Meditation technique more than 40 years ago. The internet is full of rumors that the concept of “The Force”, in his Star Wars films, was inspired by Maharishi’s “Science of Creative Intelligence”, the more theoretical background behind the Transcendental Meditation technique. George Lucas has recently given his full support to the initiatives of the David Lynch Foundation. A video was recently published on the website of his Edutopia project (the George Lucas Educational Foundation) about the exceptional success of Transcendental Meditation (Quiet Time) in a school in San Francisco see TM Edutopia Video.

The main editor of Edutopia, after his visit to a school in San Francisco where TM was practiced, said: “Every once in a while, when visiting a successful school, you see something that makes your jaw drop, something so extraordinary, you have to stop and make sure what you saw is actually what it appears to be.”

Jerry Seinfeld, one of the US’s all time most popular comedians, has practiced the TM technique for nearly 40 years.

In this interview on Good Morning America he describes some of the benefits of TM.

Moby: No other meditation technique is as effective as TM 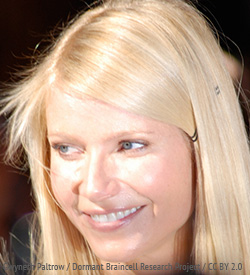 Gwyneth Paltrow, who recently learned TM, recently announced on her website that she was selling a large part of her wardrobe. The purpose: to support the David Lynch Foundation so that TM could be further promoted in education.

Martin Scorcese is one of the most famous film makers of our time. Mr. Scorcese learned Transcendent Meditation a few years ago and had such a good personal experience with it that he now supports the technique publicly, as in this video that was aired for the David Lynch Foundation’s initiative to help war veterans to overcome PTSD.

Ellen Degeneres: TM is the only meditation where after 20 minutes I regret that it is over.

Ellen Degeneres is, after Oprah Winfrey, the most famous talk show host in America. In this video of her speech at a recent benefit gala for the David Lynch Foundation she speaks about her experience with TM, and why she is so fond of it (1:36). 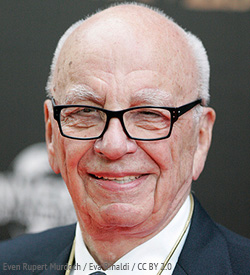 Recently media giant Rupert Murdoch, one of the richest and most influential people in the world, recently tweeted: “Trying to learn transcendental meditation. Everyone recommends, not that easy to get started, but said to improve everything!” 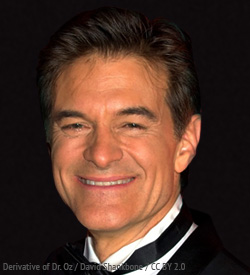 Treat the cause (stress) and the consequences will disappear, even cardiovascular diseases. Dr Mehmet Oz has such a big influence on health care that Time magazine in 2008 placed him at the 44th spot on the list of the 100 most influential people in the world. He is director of the cardiovascular institute in a prominent hospital in New York, is author of several books, and currently has his own television show that is broadcasted worldwide.

Dr Oz has been practicing TM himself for the past several years, and has paid for all 200 employees of his show to learn the technique. He talks about the technique in public on a regular basis and explains how TM has an effect on blood pressure, diabetes, cholesterol and cardiovascular diseases that even medicines can’t always match. He says it can “influence things that we didn’t think were changeable”. 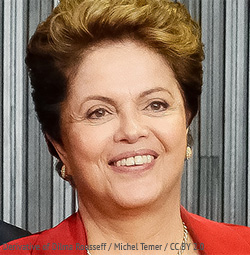 The current president of Brazil, Dilma Rousseff is a fervent Transcendental Meditation practitioner, and she also recommends it to the public. She once said: “I am going jogging to keep my body healthy, and I do Transcendent Meditation to keep my mind healthy.”

Some of the largest Transcendental Meditation teaching projects in the world are happening in Brazil, including an ongoing project to teach the TM technique as part of the curriculum in all 38.000 public schools in the country.

What the Media is saying about TM

What people are saying

“Transcendental Meditation has opened up a new world of good health and well-being for me. I am so much more in control of my life and realise that there is something I can do to reduce my stress levels and feel more relaxed. It is such a blessing — I am grateful to have found it.”

“The best thing I ever did in my life was to learn TM as an architectural student in 1973. I have benefitted in a multitude of ways from it’s simple, easy practice. In the morning, when I sit down to practise TM, it’s as if I receive a mental bath. Having more energy and clarity as a result of my TM practice, I am able to give and receive more, not only in my professional life, but in my personal life also.”

“As a musician, I feel that it helps me to perform better and as a teacher, it allows me to approach the classroom in a relaxed state of mind which, I believe, in turn has a positive effect on my students. I would highly recommend TM to anyone who is looking for an easy and effective way to bring balance into all aspects of their lives.”

“I encourage all my patients to practice Transcendental Meditation. Experience Shows and research confirms, that it is the best vaccine against stress-related conditions. Regular practice keeps you inwardly settled despite being surrounded by chaos.”

“Having practised TM and the TM Sidhi Programme for 27 years I find it hard to describe the magnitude of change it has brought to my life other than to say it has changed everything ; in a phrase perhaps it has made me a completely happy and enriched person enjoying all aspects of life.”